App of the Week: Snapchat 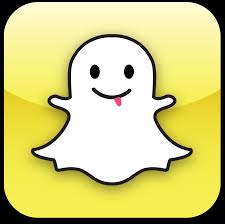 I have to admit, I, like most teens, am a sucker for photography apps especially ones with social networking components. I enjoy sharing my pictures with friends and commenting on the ones they share with me. But what if you could send a picture that would self-destruct just moments after it is viewed? Enter Snapchat. ‘ Snapchat is a social network based on sharing photos with contacts whom you may choose, but only for a momentâ€¦or maybe two. Snapchat’s main function is just that! Take a photo of anything you like and select a friend from your phones’ contacts or Facebook friend with whom you would like to share it. Once you have selected the photo and it’s recipient you may then choose a time frame for how long you would like to allow the person to view it. You may choose between 1-10 second increments. When your friend receives the photo and downloads the picture the time will begin to tick and once the allotted time period has expired, the photo will vanish.

Every teen currently loves this app. It is a surefire way to exchange embarrassing photos of each other/others without a trace. The app is new and only just came on the scene in mid-December which is evident, as there are a few crashing issues when initially launched. Many adults have given this app negative feedback due to the easily abused anonymity that it offers users. Of course, any photo sharing app is subjected to abuse especially where there is a social aspect associated. The main concern among adults is the ever present fear that racy photos will be exchanged among teens. Of course, if teens want to engage in that sort of risky behavior they will surely find a way to do it â€“ with or without Snapchat. Hopefully teens won’t use this app inappropriately because whoever is on the viewing end of your photo can simply take a screen shot of your photo and therefore negating the anonymous piece.

This app can be used for all sorts of things, but mostly it is just fun and easy to learn in just a few minutes. The design of the user interface is clean, simple, and concise. Clearly, it’s a good idea because Facebook created a very similar app called Poke which is basically the same concept.’  There is a good teen program just waiting to be formed around this app and I can’t wait to try it out.

2 Thoughts on “App of the Week: Snapchat”