How far would you go to promote a book you really loved?’  Actor Matthew Lillard went to amazing lengths to share one of his favorite teen stories (which also happens to be a Printz Honor Book!):

“OK. So, I first stumbled across FAT KID RULES THE WORLD when I was hired to record the audio version of KL Going‘s award winning novel.’  The book blew me away. It was funny 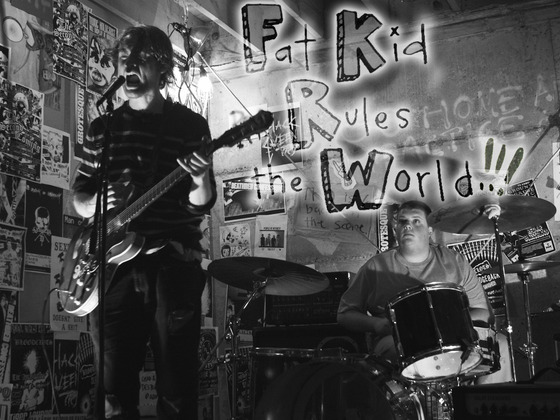 and true, and it told the story of a lost kid – Troy Billings, alienated and alone – who finds his purpose in life through the magic of punk rock music.’  The book rocked my world. ‘ It was crazy! ‘ It spoke to me, in a deep way because I had been my own version of Troy Billings in high school. I was lost and an outcast and didn’t really fit in anywhere… that is until I found acting, which pretty much changed my life forever. ‘ After I read the book I knew I had to tell THIS story. ‘ I made this movie for everyone who has ever felt like they just didn’t belong… the misfits, the outcasts. the kids that are lost… this movie is for you! “

He raised over $150,000 on Kickstarter to get this movie distributed.’  Start to finish is is a true labor of love.’  And thanks to the producers, we have a special screening of the just-released-this-week DVD just for YALSA members attending ALA in Seattle (where the movie was filmed!)

Join us at the wonderful Elliott Bay Book Company Sunday January 27th at 7pm to watch the movie I’ve been dying to see all year!’ ‘  We also have door prizes: Listening Library is providing two CD sets of the audiobook; the movie producers are supplying bumperstickers; and Random House is sending some extra goodies for everyone who attends!’  Please feel free to bring a snack or beverage to share.’  But just like the public library, we need to clean up after ourselves, and be out before they close the store at 9pm!